.​@​GiIvaSunner Whips & Nae Naes on Ellen the Generous is a high quality album released by SiIvaGunner on July 13, 2017. It was released after SiIvaGunner uploaded the "Watch Me (Whip/Nae Nae)" rips from the event in July.

The album was announced through the video "A Generous Announcement".

Several images were included in the album, and the video file for the rip "Minecraft - Undertale 2"

EPIC! THAT WAS EPIC! 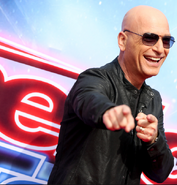 NAE NAE'D
Add a photo to this gallery

Retrieved from "https://siivagunner.fandom.com/wiki/.%E2%80%8B@%E2%80%8BGiIvaSunner_Whips_%26_Nae_Naes_on_Ellen_the_Generous?oldid=87193"
Community content is available under CC-BY-SA unless otherwise noted.