Since the inception of the GiIvaSunner channel in January 2016, there has been an active community surrounding SiIvaGunner, comprising both contributors and fans.

SiIvaGunner2 and Flustered Fernando also exist as secondary channels maintained by the SiIvaGunner team, though both are inactive. Many contributors to the channel maintain their own personal YouTube channels; 75 of them are linked from the SiIvaGunner channel's featured channels.

The @GiIvaSunner Twitter account was created on February 22, 2016. It initially posted links to new channel uploads, as well as interacting with other users and posting announcements. On September 9, 2019, the account stopped tweeting links to new uploads, but it continues to post announcements and other tweets, many of which are humorous in nature. From April 6, 2020, to May 6, 2020, the account was suspended by Twitter owing to "automated behaviour", but was reinstated after a determination that the suspension had been in error.

After @GiIvaSunner stopped tweeting links to new uploads, the account @InstRipInfoSys (originally @ShirubaGanna) began posting them on November 12, 2019.[1][2] While the account is not officially affiliated, it is likely maintained by members of the SiIvaGunner team.[5]

r/GiIvaSunner was created on March 5, 2016, by MtH, and continues to be moderated by several long-time SiIvaGunner team members. The subreddit was mainly active during the first season of the channel. It remains somewhat active, with a few posts per day, and team members will occasionally post or comment.

On September 1, 2016, the SiIvaGunner team opened an official Discord server, the Official SiIvaGunner Fan Server. (The server is often referred to as "SiIvaCord", or alternatively as the "fanserver", distinguishing it from the "teamserver" of the SiIvaGunner team.) As of February 17, 2021, it has 13,120 members. The server remains active; around 20,000 messages are sent per day, and SiIvaGunner team members frequently participate in discussions with fans and other contributors. It has only two channels dedicated to SiIvaGunner: #siiva_chat (formerly #lore_discussion) for general discussion and new uploads, and #ripping_help_and_feedback for ripping. Additionally, channels for the SiIvaGunner CCC ARG, the King for a Day Tournament and the King for Another Day Tournament were created for those events respectively, but are no longer in use.

Before the official Discord server existed, a server named Towelcord (after its creator, Towel) was the primary Discord server for SiIvaGunner fans. The Reboot ARGs were mainly solved here. It still exists, but is much less active than it was in 2016.

Various mascots are commonly used on the server. 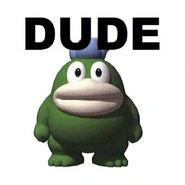 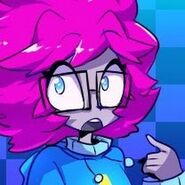