GiIvaSunner's HighestQuality [sic] Video Game Rips Volume 2 (also called April Fools Day Remix Album) is a low quality album released by SiIvaGunner for April Fools' Day 2016. It is a joke album containing pictures and a video of Angry Joe instead of rips. The album was announced through the video "anouncement.wmv".

When Volume 2 was first released, it only came in a FLAC version without any .mp3 links for the album. The original version of the album contained:

In addition, the album was inside several sub-folders that had to be opened in order to get to the album's contents. A few of the folders are references to the songs Gangnam Style and Drowning Pool's "Bodies". 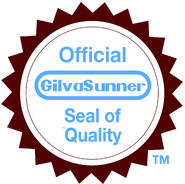