The album's existence was initially announced before release on December 11, 2020, through Twitter and YouTube, with resources and instructions for submission being provided through Google Drive. On December 17, the submission deadline was extended from December 22 to December 24.

The album is also on the SGFR website, listed under SGFR-0001, which includes direct download links to MP3 and FLAC mirrors of the album.

The album includes three bonus images used in the videos related to the album. 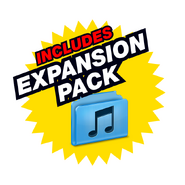