The Lost Rip - A SilvaGunner Christmas Comeback Crisis Side Story

Human
Nutshackwoodman34 is a fake self-insert character who appears in a few SiIvaGunner videos along with his "best bro and actual brother" Jerome.

He is voiced by 123zc along with Jerome and any relevant narration.

Nutshackwoodman34 singlehandedly wrote the script for "The Lost Rip - A SilvaGunner Christmas Comeback Crisis Side Story". It was uploaded to his Fanfiction.net account a few days before being put on the channel. He is the main character, but it's written in first person, so he isn't named in the video, and is instead referred to as "Reader".

He then appeared in "0000 11 07 2018" which is a follow-up to his previous appearance. Notably this is the only time he has been given a different voice actor.

He later made an appearance in the visuals of "Dinner - The Dinner Game" alongside Jerome and Chaze the Churkey. In here, he doesn't do anything but wish the viewers a happy Thanksgiving.

Several months later, "Unusual Circumstances - A SiIvaGunner Christmas Comeback Crisis Side Story" was uploaded, which was also put on the Fanfiction.net account beforehand. It is written by him, although this time only Jerome appears as a character.

His next appearance was again several months later in "SiIvaGunner: King for Another Day Tournament Direct 9.21.2019 (Beta Mix)", this time under the name Beader (Reader with a B, referencing the B meme). At the end, it's implied he made this video as well, along with Jerome.

Later he and Jerome were interviewed by Meowth on the King for Another Day Tournament MOJO!!, once again going as Beader and Berome. However, they make a quick escape when Meowth asks why they describe "Unusual Circumstances" as a fanfiction when the events in it actually happened.

Art by Keeby10. Images retrieved from the Kfad2 art folder, and all but the last used in "SiIvaGunner: King for Another Day Tournament Direct 9.21.2019 (Beta Mix)". 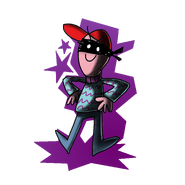 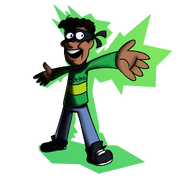