The start of SiIvaGunner's third season was an event on the SiIvaGunner channel. It began on January 1, New Year's Day.

The event proper began with "...of 2017", a continuation of the final rip of 2017, "The Final Rip...". This rip announced the start of Season 3, a new season that unceremoniously included the return of the SiIvaGunner character as host. This was the first appearance of SiIvaGunner since SilvaGunner: Rebooted in 2016, and the sudden and unexplained change was met with much confusion. Over the following weeks, this SiIvaGunner began to exhibit strange and out-of-character behavior, including rips with anomalous channel descriptions, rips incorporating Doki Doki Literature Club! (a game that features glitches and abnormalities as a theme), as well as a series of abnormal tweets. This trend lasted until the release of Project AIRTH [FILE-09 - Haltmann's Archives], which revealed that this SiIvaGunner was not who he claimed to be.

This supposed "SiIvaGunner" would continue to run the channel, hosting several channel events (Ken Ashcorp's Birthday, MAGFest 2018 SiIvaGunner panel, 2 Day, and Sean Kingston's Birthday), until April Fools' Day 2018. After that event, "SiIvaGunner" returned, but the glitches from this event were corrected.

The main gimmick of this event was a tendency towards glitches, and out-of-character (namely, robotic) behavior, as if SiIvaGunner's return was not as legitimate as it appeared. Rips uploaded during this time used the original pre-Reboot description, while the YouTube account used the original channel description, profile picture, and banner. However, this semblance of normality was not to last.

"SiIvaGunner"'s first tweet was "I only upload high quailty video game rips" with "quailty" being misspelled.[1]

On January 7[2], the bottom of the YouTube profile picture was distorted and included a pink square. The channel description was changed to:

Here you can find a selection of mmostly Nintendo video game music.

I do not own the rights to any of the music heard in these videos. Ripping and recording game music is quite a time-consuming undertaking for me (especially Wii U and 3DS), but feel free to leave soundtrack requests or suggestions via PM or Twitter, and I'll see what I can do.

(All content is willingly submitted by a team of c0ntent creators.)

Banner artwork is from the game "Tengami".

It should be noted that "mostly" in the first sentence is misspelled and the "content" in "content creators" is spelled with a "0" character instead of an "O". The channel description was later fixed on January 9 with SiIvaGunner stating on Twitter[3] and on the YouTube community: "Description hotfix has been applied. I only upload high quality rips. Thank you for watching."

On January 9, 2018, the anniversary of the GiIvaSunner channel, the FILE Sample [FILE-08] - Haltmann's Archives was uploaded as an unlisted video. SiIvaGunner does not mention this video, but instead posts a Tweet: stating:

Happy Anniversary to my channel watchers, Everything updated and all nominal.

I only upload high quality video game rips. Thank you for watching.[4]

On January 21, 2018, the SiIvaGunner Twitter account claims that everything was the fault of Wood Man, and that "SiIvaGunner" has fixed everything.[16][17] This was accompanied by the profile pictures and banners reverting to their pre-glitched versions. However, the FILE Project AIRTH [FILE-09] - Haltmann's Archives is also uploaded.

On February 1, 2018, the YouTube banner was switched back to the first glitched banner. In addition, the SiIvaGunner Twitter Tweeted "Diagnostics complete. All systems nominal.

I only upload high quality video game rips.".[18] This was an indication that the FILE Robotic Usurper [FILE-10] - Haltmann's Archives had been uploaded.

This event also saw the upload of three FILEs:

The event saw a return to form (quite literally) for the SiIvaGunner channel, bringing back the SiIvaGunner character in a move back towards the past. This change would be cemented after the Nostalgia Critic Takeover, where the channel was supposedly rebooted back to its original state.[19] This move towards the past, towards the nostalgia of the channel's original run, paved the way for Season 4's emphasis on returning to the antics of the old channel.

The event also saw the resurgence of Doki Doki Literature Club! into the pantheon of channel memes, spawning many rips and a switcheroo during King for a Day Tournament. Many fans suggested that the DDLC character Monika was the actual puppet-master of the event, however it was explained in the Nostalgia Critic Takeover that Nostalgia Critic was responsible.

The event also revealed the SiIvaGunner artificial intelligence, an entity hinted at by the numerous glitches. It was further hinted at in "Project AIRTH" and later explicitly revealed in "The Life and Times of Wade L.D. - A SiIvaGunner Christmas Comeback Crisis Side Story". 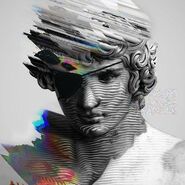 The Twitter profile picture. Note the distortion to his left. 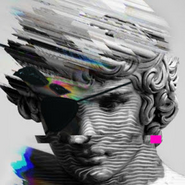 The YouTube profile picture on January 7, and from January 9 to January 21. Note the distortion and the pink square

The first YouTube banner. Note the rectangle of distortion on the left side of the image.

The glitched YouTube banner. Note the same rectangle of distortion now looks slightly different.
Add a photo to this gallery

Retrieved from "https://siivagunner.fandom.com/wiki/Start_of_Season_3?oldid=177935"
Community content is available under CC-BY-SA unless otherwise noted.