The SiIvaGunner Spooktacular Halloween Horror Special: Volume 8​-​Bit Beast (spelled with a lowercase L instead of the usual capital i) is an album posted during the Halloween comeback.

It is implied in the announcement video, "A Nice Announcement" (YouTube) that Wood Man uploaded the album.

There's a bonus track, "Coffee Beans", which can only be obtained by downloading the album.

Several bonus images were included in the album: 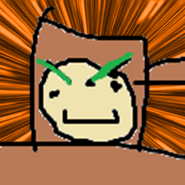 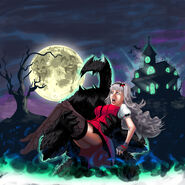 The cover image without text. 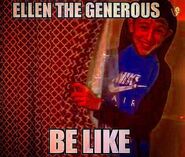 Drake reacting to the pattern used for "Gadunking", otherwise known as the note pattern for Haunted House 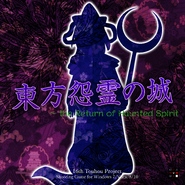 Another bonus image (which has been omitted here) contains a hateful YouTube comment posted a video. The comment contains multiple profanities and expresses hatred for the channel's refusal to end.

In addition to this, a few more files were present in this album: The video file to the rip Main Theme (Halloween Update) - Despicable Me: Minion Rush, as well as two .txt files that could be opened up with Famitracker to reveal the project files for the rips "Aquarius (OST Version) - Castlevania III: Dracula's Curse" and "Clockwork (JP Version) - Castlevania III: Dracula's Curse".

Retrieved from "https://siivagunner.fandom.com/wiki/The_SilvaGunner_Spooktacular_Halloween_Horror_Special:_Volume_8-Bit_Beast?oldid=127739"
Community content is available under CC-BY-SA unless otherwise noted.